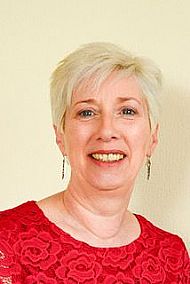 Jayne has recently joined BCC.  Her role as Support & Development Officer is to promote the organisations work, develop its services and to provide support to the Trustees.  Her post is funded and supported by Stratherrick and Foyers Community Trust.

Jayne was born and raised in a small mining village in South wales.  For nearly thirty years she developed a career in Health, Social Care, Further Education and Training.  This has involved her working for a range of Private, Public and Third Sector organisations.  She has had roles with a number of Local Authorities both in England and Wales as well as with a number of large commercial and not for profit organisations.  She also has held senior positions in further education establishments.  Latterly she has been involved as an External Quality Advisor with a number of the leading Awarding Organisations who provide academic and work-based qualifications in the UK and globally.

Following university Jayne moved to England, where she enjoyed the beautiful countryside of the South West whilst her work roles took her across England, Wales and into Northern Ireland.  Scotland now is home for Jayne and she is keen to apply her knowledge and experience for the benefit of the local community.  She hopes to help them to further develop and grow strong, resilient connectivity and networks.  She also hopes that you will join her in this endeavour so that we can celebrate its success as one.

Aside from work, Jayne loves the outdoors and has a passion for wildlife, especially for bears of all descriptions.  She has travelled quite extensively, especially in The Americas, India and Southern Africa, collecting pictorial memories and cultural stories.