If you would be interested in finding out more about becoming a Trustee BCC would love to hear from you. Please get in touch via the contact page or speak with any of the current Trustees who would be happy to have an informal chat. 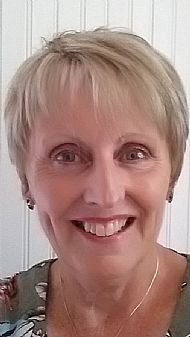 Kit has lived in Whitebridge with her husband since 1999, prior to which was 4 years in Fort Augustus. Originally from West Lothian and brought up in East Africa she started her career as a nurse in Edinburgh. Marrying a Highlander, she went to live in Germany, returning to the Lothians then moving south to Norwich in East Anglia where she worked for a private nursing home.

She has 22 years’ experience in social work employed by Highland Council at the Telford Centre in Fort Augustus for 17 years as a Senior Social Care Worker. During this time she was given the opportunity to gain experience as a Manager for a 24 bed care home in Inverness. Her next opportunity came when she was asked to manage a 32 bed care home for older adults in Fort William in 2012. At this time health and social care integration was progressing and in 2013 NHS took over all the Highland Council Care Homes.  Kit was employed by NHS as Care Home Manager until her retirement at the end of 2017. 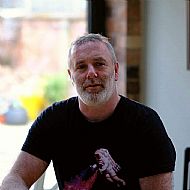 Alastair was born and raised in rural County Down, close to the shores of Strangford Lough. Son of the village GP in a farming community, his mother a nurse, both his grandparents also GPs in the area, his formative years could not help but be immersed in the family vocation of rural healthcare. These years, and accompanying parents and grandparents on visits saw the development of a lifelong interest in the physical and mental health challenges facing rural communities.

It is highly likely that this time, and subsequent years working on farms, also saw the development of what is probably far too great an appreciation of the home-baked cakes, tray-bakes, breads, tea and biscuits, that were always generously brought forth by the kindly, and yet often highly competitive, aproned and flour-covered matriarchs of the farmhouse kitchen.

Following a Geography degree Alastair worked in Fisheries & Environmental Protection, before moving to Scotland in 2000 where he began a career in Training and Learning & Development. After leading a multi-national training team, and specialising in human behaviour and coaching, he joined the Forestry Commission, now known as Forestry & Land Scotland, where he now performs a national role in behavioural safety.

After several years living in the Highlands, Alastair and his wife Lindsay left Moy to settle in Whitebridge in 2016, where they now live happily, surrounded by an ever-growing menagerie of ponies, pets and wildlife.

Janet was born in Tiverton, Devon and lived most of her life in West Cornwall. In 2011 she and her husband bought a small croft in Gorthleck.    They have  chickens and  ducks and  enjoy gardening. For twenty years, up to retirement, Janet was personal assistant and secretary to a large property developer based in the west country.  Her duties  were large and varied, dealing with all aspects of his many businesses. Confidentiality was paramount at all times.

For many years both Janet and her husband were active members of Lions Clubs International, this is an international charity organisation that raises money and provides services for people with varying needs, both locally, nationally and internationally. 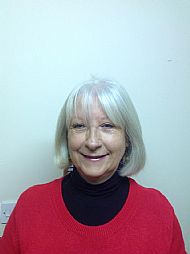 Born in Edinburgh and married with three children and six grandchildren Alison lived in Midlothian until relocating to the Highlands in1996. She ran a pre school play group when her own children were young and, as a Scout leader along with her husband, ran a Scout Troop catering for children from all backgrounds and abilities.

After a working background in dental health education and dental ancillary work, both in the NHS and the private sector, she retired in 2011. She has a special interest in helping to prevent isolation and loneliness in older people and in maintaining and supporting them in their own homes and environment.

Jan has run Foyers shop and post office since 2010, together with her husband Simon.  Her  background is in hospitality, retail and social services.  All three of her children (all fully fledged adults these days) have a genetic disorder which has meant years of involvement with education and social services.  Jan hopes to be able to contribute, in some small way, to the amazing work and projects that BCC has brought to our community.

Born in the Fylde, Lancashire of Highland parents; he graduated from St. Andrew’s University in Chemistry with Biochemistry, Physiology and Psychology. His career was in the Food Industry starting as a Lab Technician with Unilever Research, moving to Product Development with H.J.Heinz and finally retiring from being Technical Director of Macphie of Glenbervie – an entrepreneurial company with multinational interests in specialist food and food ingredients. Here he also chaired Scottish and UK trade committees on Food Safety, Hygiene and Standards and for Grampian Food Forum Technical. He worked with or consulted for Hospitals, Research Associations and Scottish NHS on baby foods, special dietary products and post operative nutrition.

Semi-retirement saw Neil with Susannah start an import wholesale business for Tropical, Marine and Coldwater fish and then run a Guest-house in Inverness. Second marriages mean that between them they have had 8 children with 7 grandchildren (so far).

A keen sportsman Neil attained full Blue at Rugby and Cricket and played Squash within Scottish Veterans. He always had an interest in his local community serving on Hillside Parish Council and Montrose Round Table. Interests include family heritage, strategy computer games and woodcarving.

Pat was born in Dundee. After leaving school she trained as an R.G.N in Ninewells Hospital. She moved to Ashludie Hospital, Monifieth and took charge of the 26 bedded Male Rehabilitation ward as Ward Sister. Pat moved to Fort Augustus in 1981 with her husband, Stephen, and spent 4 years there, raising their family.  In 1985 the family moved to “Craigview, Gorthleck”. Once her children were at Stratherrick Primary, she became School Cook there for several years. Seeking a change in direction she worked in the shop at Fort Augustus Abbey till it closed in 1998. Returning to her initial career of Nursing/Caring, she joined the team at the Telford Centre in Fort Augustus for 15 years, before retiring a few years ago.